By promoting seasonal traffic lanes and speed limits, the waterway hopes to significantly decrease the risk of ships hitting migrating whales and other large aquatic mammals.
From August 1, 2022 to November 30, 2022, the Panama Canal requires ships to follow annual speed and navigation measures to avoid collisions with whales, dolphins and other large aquatic mammals beginning their seasonal migration near the waterway.

Vessels sailing to and from the canal during this time are asked to stay within designated navigation areas called traffic separation schemes (TSS), which minimize areas of overlap between vessels and migrating marine life. Annual measures set by the International Maritime Organization (IMO) also require vessels entering or leaving the channel via the Pacific Ocean to maintain their speed at or below 10 knots, a practice known as speed reduction. vessels (VSR). 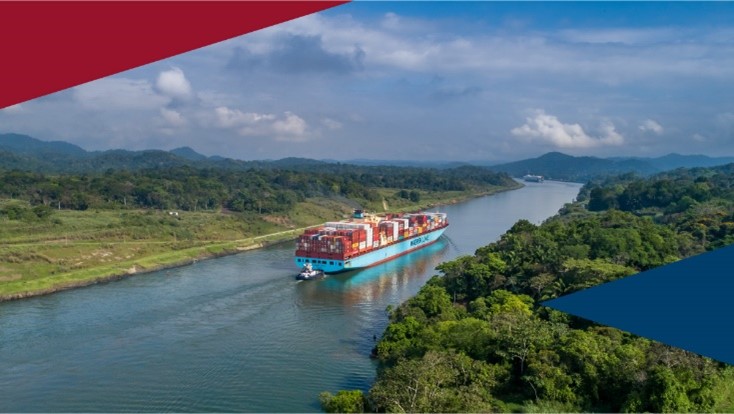 “As facilitators of global maritime commerce, it is our responsibility to minimize the environmental impacts of our operations,” said Panama Canal Administrator Ricaurte Vásquez Morales. “These measures represent some of the simple, yet essential ways the Panama Canal and shipping companies must work together to ensure a more sustainable future for global commerce.”

Since the introduction of TSS measures in 2014, the likelihood of serious incidents has decreased significantly for ships and marine life, including humpback whales, which migrate from northern and southern latitudes during their winter season to warm waters. from Panama to calve and raise their calves. According to the Smithsonian Tropical Research Institute (STRI), ship strikes are among the most concerning human threats to whale populations, although reducing ship speeds can give mammals ample time to react and avoid strikes. collisions with ships, while allowing ships to stop or maneuver. Consequently. A study by STRI confirmed that fatal accidents between whales and ships were 38% lower between 2017 and 2019 compared to 2009 and 2011, before the implementation of TSS measures.

TSS policies have also been found to enhance maritime safety and reduced greenhouse gas (GHG) emissions. Data obtained by the Panama Canal from Automatic Ship Identification (AIS) systems revealed that those who tracked these measures between 2017 and 2021 saved more than 30,000 tons of CO2 in total, although the results vary by vessel type, size, and fuel.

“The annual TSS program shows how making a few small changes can lead to outsized sustainability benefits,” said Maxim Rebolledo, environmental specialist at the Panama Canal. “We appreciate our customers for their partnership on this issue and the Panama Canal’s broader efforts to protect the environment.”

As the only major waterway dependent on fresh water and a leader in global trade and maritime industry, the Panama Canal implements initiatives to maximize environmental and operational efficiencies with a positive impact on GHG reduction. Since its creation, the Panama Canal has reduced more than 850 million tons of CO2. Today, the Panama Canal continues to be a strong supporter and active participant in the creation of industry-wide IMO regulations.
Source: Panama Canal Authority (ACP)