His Majesty Sultan Haji Hassanal Bolkiah Mu’izzaddin Waddaulah ibni Al-Marhum Sultan Haji Omar ‘Ali Saifuddien Sa’adul Khairi Waddien, Sultan and Yang Di-Pertuan of Brunei Darussalam emphasized that Brunei Darussalam continues to work closely with partners to promote maritime security through dialogue and cooperation, hosting the 9th ASEAN Broad Maritime Forum last year, which focused on international law and protection of the marine environment; as well as the ASEAN Defense Ministers Meeting Plus, where ASEAN’s direct communications infrastructure between military officials was expanded to include external partners such as the United States (US). -U.).

Delivering a titah during a working luncheon hosted by US Vice President Kamala D Harris and the Special ASEAN-US Summit at the State Department in Washington DC, Her Majesty said maritime security cooperation in the region remains vital to ensure the security of the sea lanes of communication.

Accompanying Her Majesty was His Royal Highness Prince ‘Abdul Mateen.

Also present were ASEAN Heads of State and Government; the US Secretary of State; and the Secretary General of ASEAN.

Upon arrival at the State Department, the monarch was greeted by US Ambassador Rufus Gifford’s Chief of Protocol.

Her Majesty then proceeded to the Benjamin Franklin Hall to attend the luncheon. Her Majesty also stressed that ASEAN has established ASEAN SHIELD to ensure a collective, rapid and effective response to multi-dimensional emergencies and disasters in the future, and encouraged relevant US agencies, such as the Federal Management Agency and the United States Centers for Disease Control. and prevention, to add value to ASEAN’s efforts to build a more resilient region. 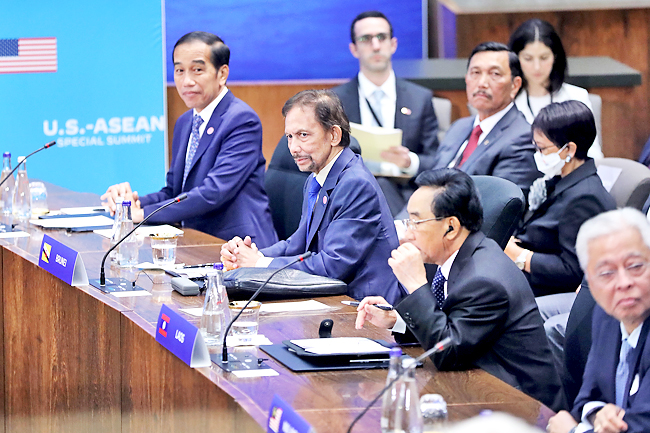 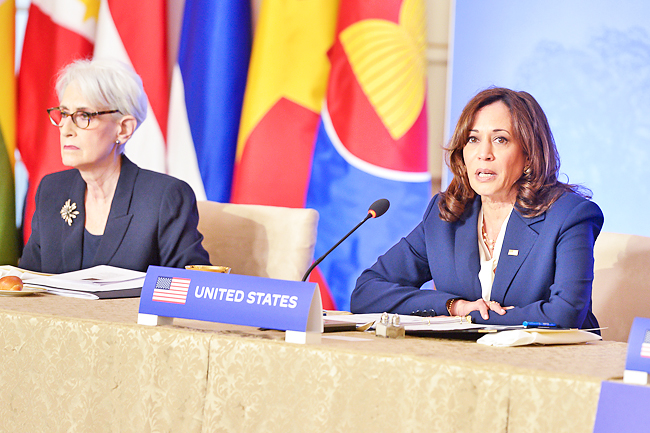 Her Majesty concluded the titah by urging ASEAN and the United States to remain committed to peaceful engagement through dialogues and consultations within the various ASEAN-led mechanisms to ensure the maintenance of peace. , regional stability and prosperity.

The working lunch began with welcoming remarks from the US Vice President, during which she underscored that the United States remained committed to deepening its relationship with ASEAN and its member states, while noting the importance strategic region vital to American prosperity and security.

The leaders also discussed maritime cooperation as well as health and pandemic recovery.

Her Majesty and other ASEAN leaders visited the Loy International Conference Hall to attend the Special ASEAN-US Summit.

The first plenary session on climate was chaired by Vice President Harris, in the presence of the US President’s Special Envoy for Climate; US Secretary of Energy; US Secretary of Transportation; ASEAN Heads of State and Government; and the Secretary General of ASEAN.

During the first plenary session, Her Majesty in A titah expressed her gratitude to the United States for its renewed commitment to climate change, as seen at COP26 in Scotland, and commended the personal efforts of US President Joe Biden to work with other major powers to implement the Paris Agreement.

While ASEAN is also placing greater emphasis on combating climate change, such as the establishment of an ASEAN Climate Change Center, Her Majesty also thanked the United States for its willingness to provide a scientific fellow to support the establishment of the center in Brunei.

Looking ahead, Her Majesty believed that much more needs to be done to advance climate action commitments, particularly through capacity building.

Her Majesty affirmed that Brunei is prioritizing efforts to ensure its economy remains resilient and sustainable through the use of low-carbon technologies, as well as promoting initiatives to reduce net emissions of carbon.

Her Majesty also commended the United States’ commitment to climate change initiatives in the region.

The first plenary session also featured remarks from Vice President Harris in which she noted the impacts of the climate crisis on ASEAN and the United States, and thus called on both parties to raise collective ambition. and meet infrastructure needs in a sustainable way.

To this end, the United States has launched initiatives on clean energy and climate-smart infrastructure; partnerships on sustainable transportation and forest conservation; and sharing satellite data to respond to extreme weather conditions.